Like Zacatecas, Guanajuato is a geographically strategic state in Mexico and a nerve center in the history of its independence and revolution. The wick of the war of independence caught fire in Guanajuato Capital at the Alhóndiga, a grain warehouse built by the Spaniards.

Besides; the streets, the monuments, everything here has the name of historical figures.

What to visit in Guanajuato?

Walking in the center of Guanajuato, one of the first monuments to show up is the Mercado Hidalgo. An opportunity to enjoy dishes as pungent as tasty; and taste the local specialty, the enchiladas mineras. 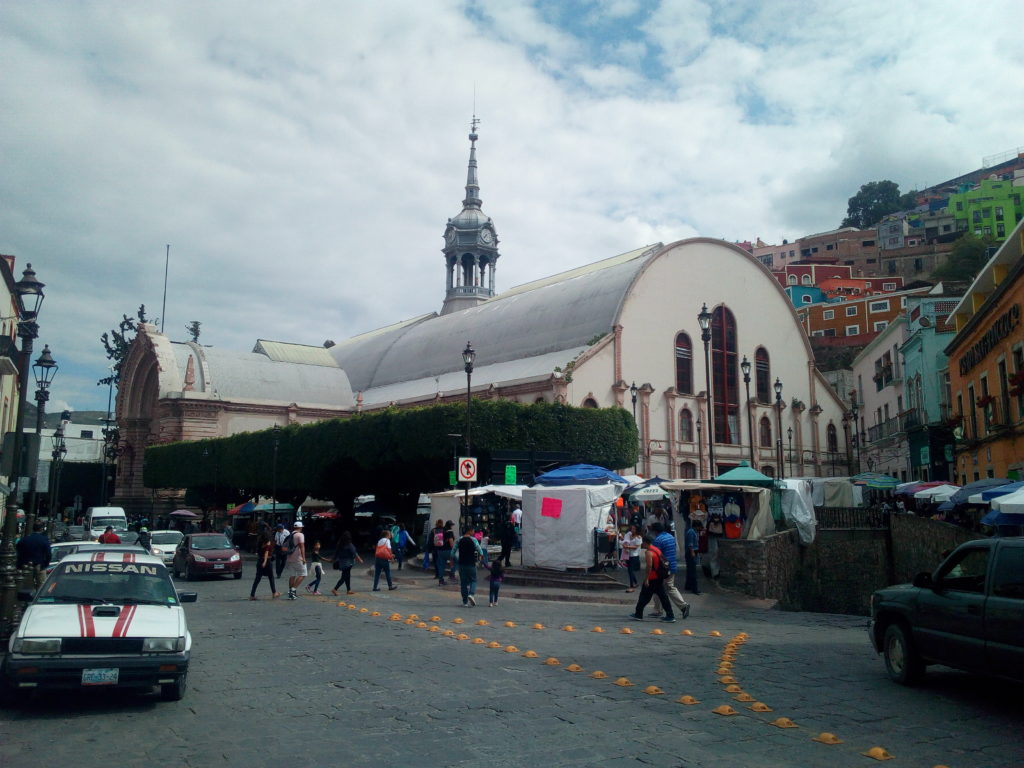 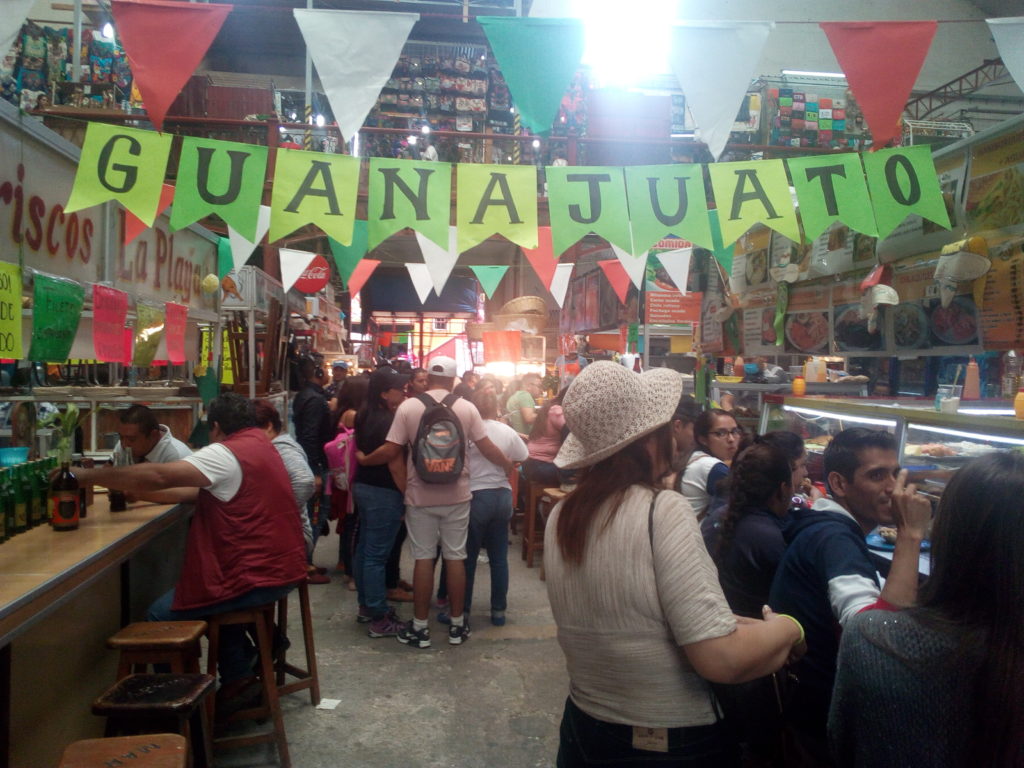 A little further, we found the Callejon del beso, and local guides who explained the legend that surrounds it. 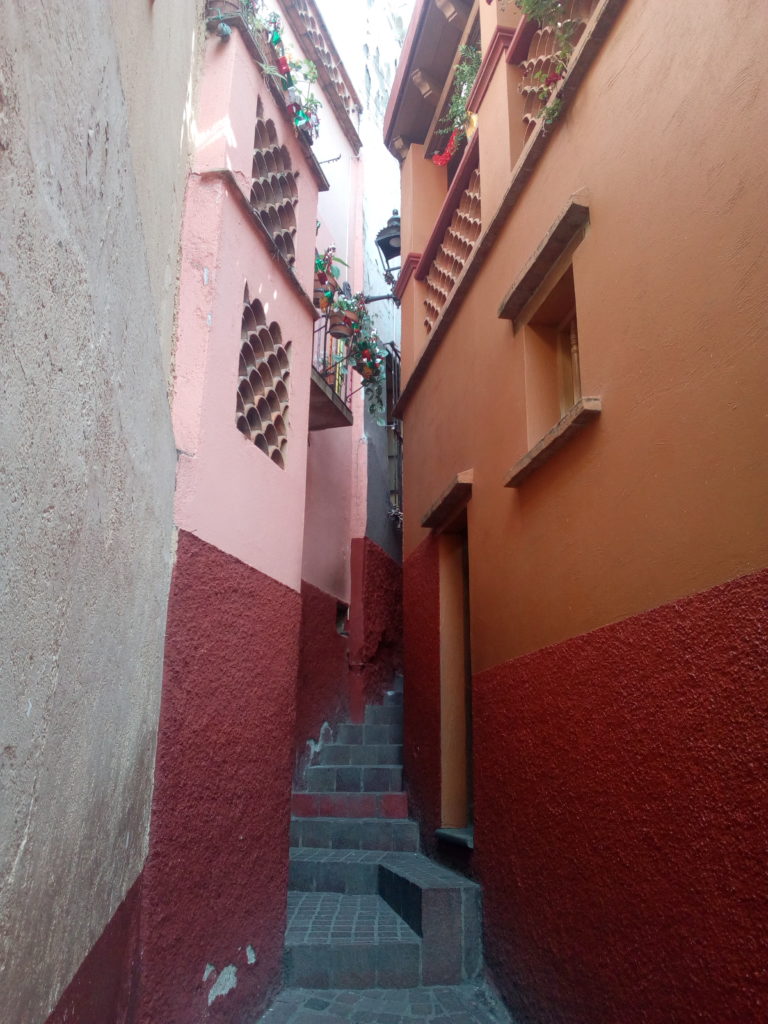 Then come Basílica Nuestra Señora de Guanajuato and Teatro Juarez. This jewel is designed by the architect Antonio Rivas Mercado was inaugurated in 1903. It is a model of the Mexican architectural style at the end of the 19th century. 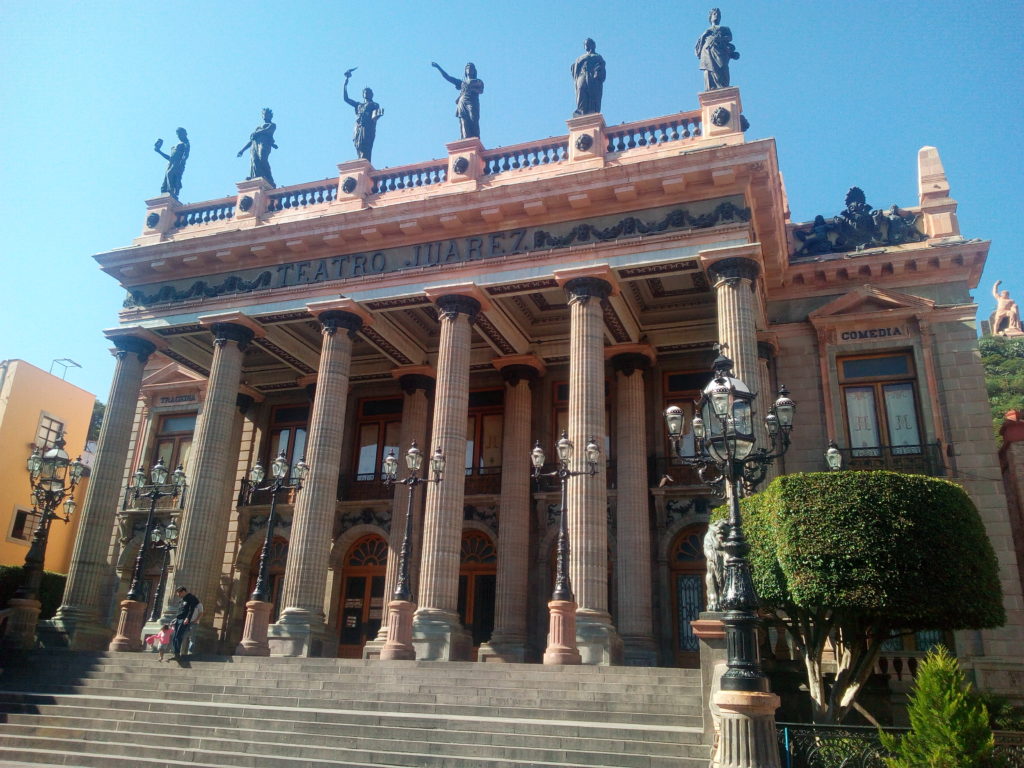 The interior is as beautiful as the outside, it really makes you want to attend a show! 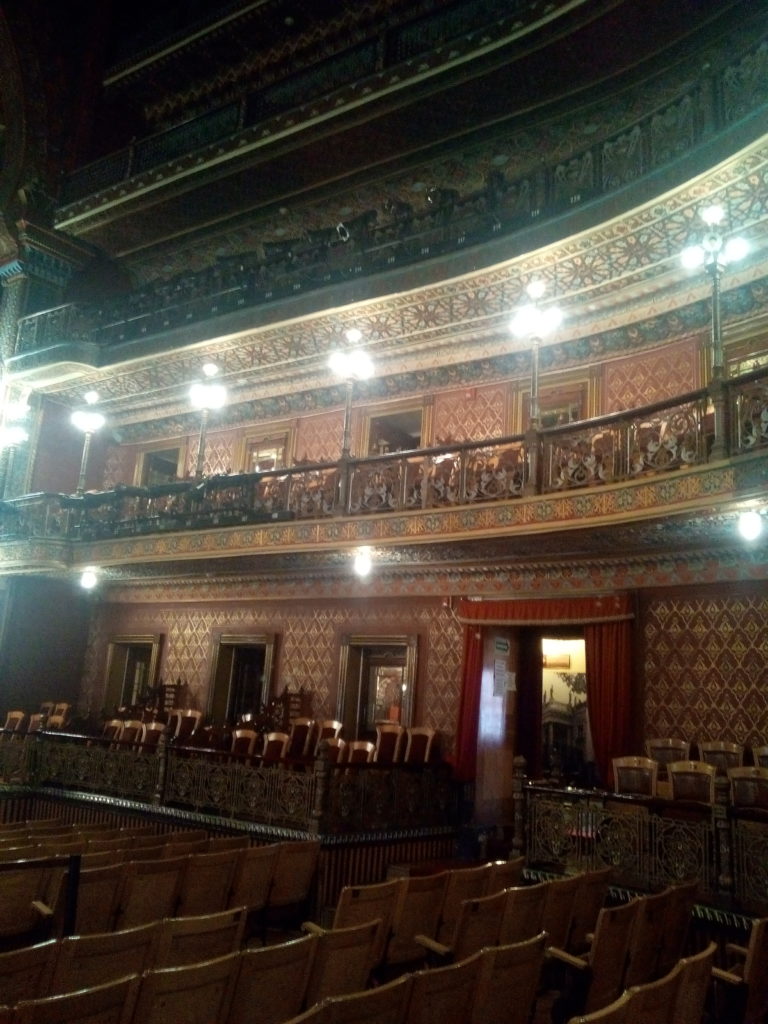 It is impossible to visit Guanajuato without discovering oneself or without being told about the Alhóndiga de Granaditas. This grain warehouse built at the end of the 18th century was the scene of one of the first military actions of the Mexican War of Independence in September 1810. 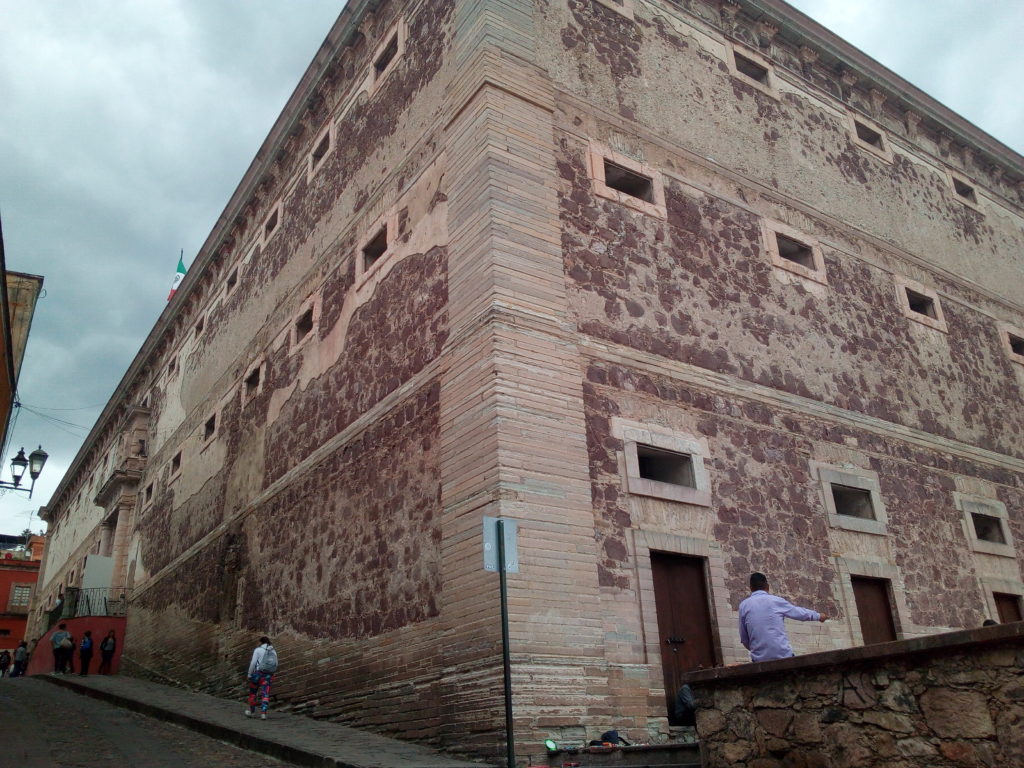 It is home to the Guanajuato Regional Museum, which traces the history of Mexico City from the colonial era to the events that led to the independence and advent of today’s Mexico.

Inaugurated in 1975, the Casa Diego Riviera Museum was founded by his daughter Guadalupe in the house where the famous painter Diego Rivera Barrientos María was born and where he spent the first years of his life. 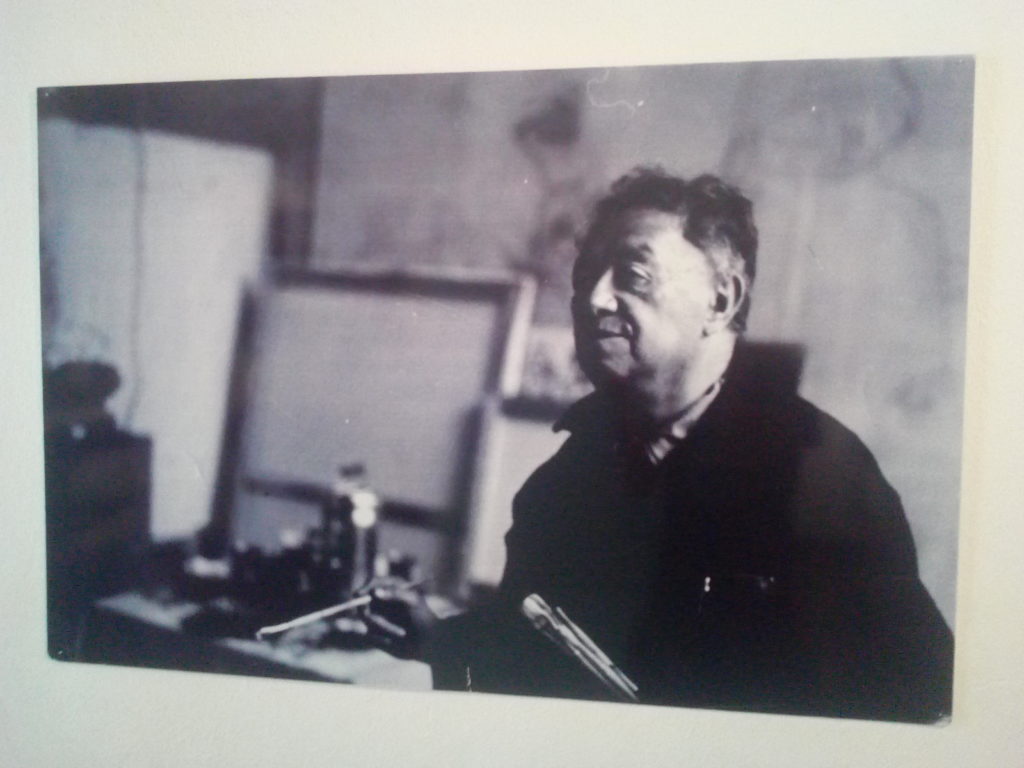 The house takes us on a journey back in time, accompanying the artist through the different eras and artistic influences of his life. 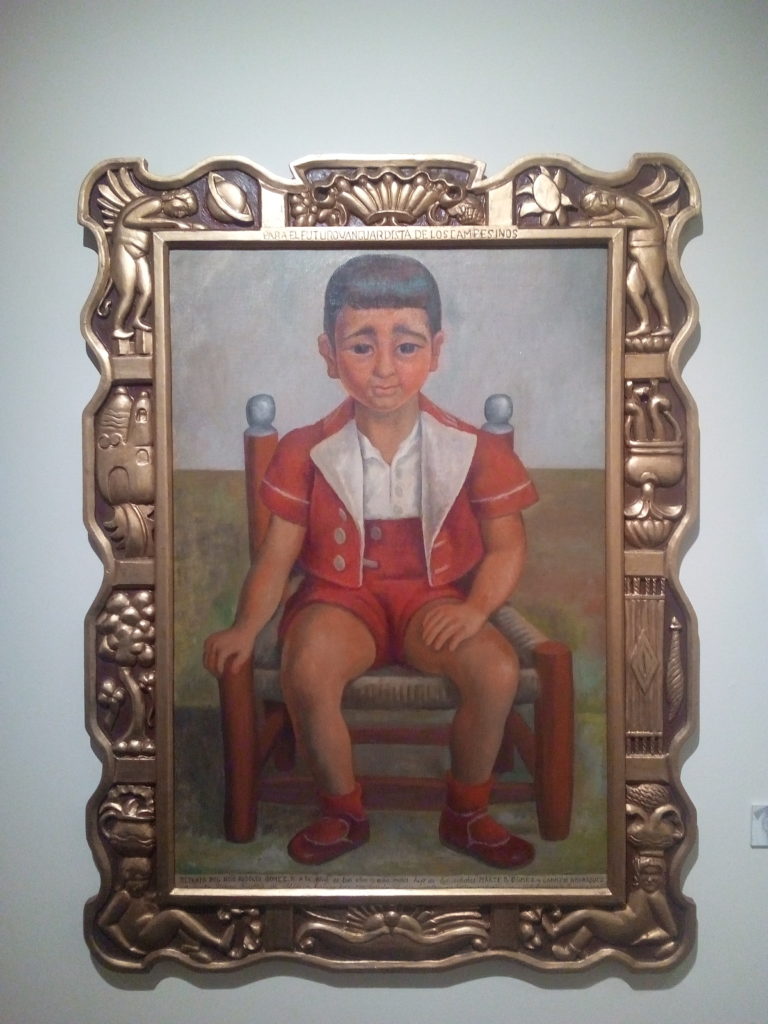 In the auditorium, there is a copy of his work “Sueño de una tarde dominical in the central alameda”, and whose original version of 16m x 4m illustrating no less than 75 characters is exhibited in the capital city Mexico, a must see !! 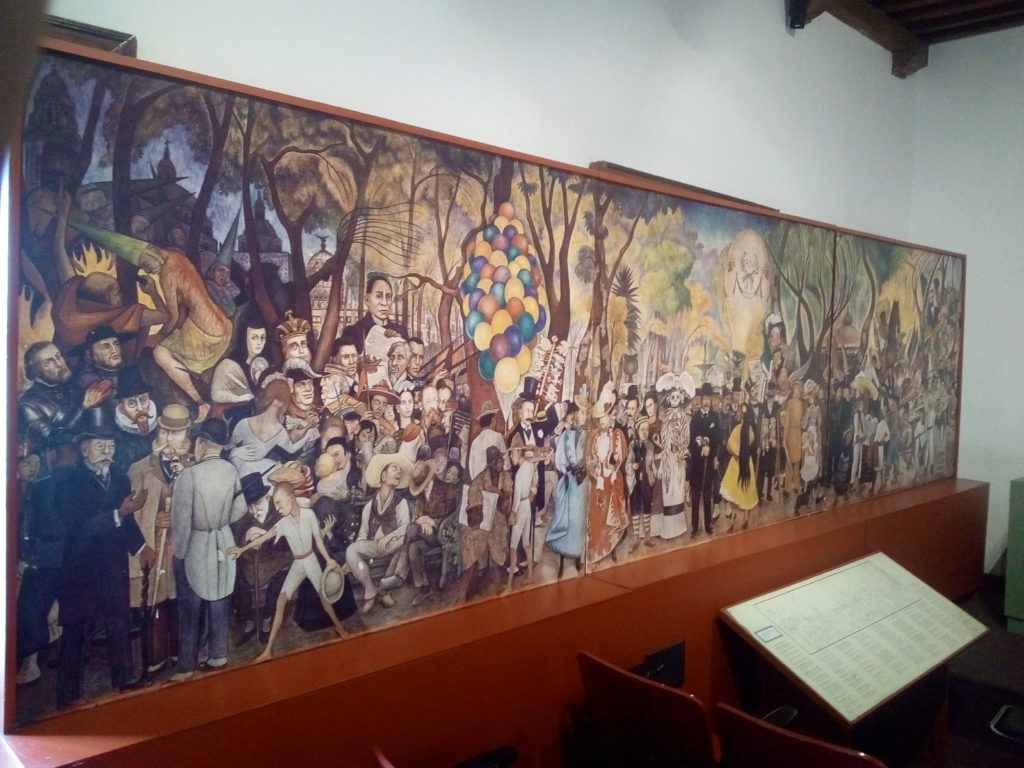 The museum is open from Tuesday to Sunday, and entry costs 25 pesos (1 €).

In another style, the Don Quijote Iconographic Museum is unique in its genre. Founded by the collector Eulalio Ferrer Rodriguez, it has more than 1200 pieces related to the work of Miguel Cervantes, Don Quijote de la Mancha, made by artists and authors from Mexico and abroad. Paintings, engravings, drawings, tapestries, coins, sculptures, porcelain, ceramics from different periods and from different countries constitute the collection dedicated to the horseman.

The Museo de las Momias, the University of Guanajuato and Casa de las Leyendas are others interesting places to visit.

Finally, to see all this at the same time, nothing better than taking the funicular (behind the Teatro Juarez) or climb walking to the statue El Pípila to enjoy the panoramic view of the city.

Located 40 km from Guanajuato (1 hour by bus), León is not the most interesting city in the state of Guanajuato. A stopover of one night there can nevertheless be nice.

It would be an opportunity to taste some local specialties, such as guacamayas, or drink the red drink Cebadina that becomes effervescent with sodium bicarbonate and must be swallowed quickly not to be overwhelmed by the rising drink!

As a dessert, the chef offers fruit with chili and cheese, enjoy! 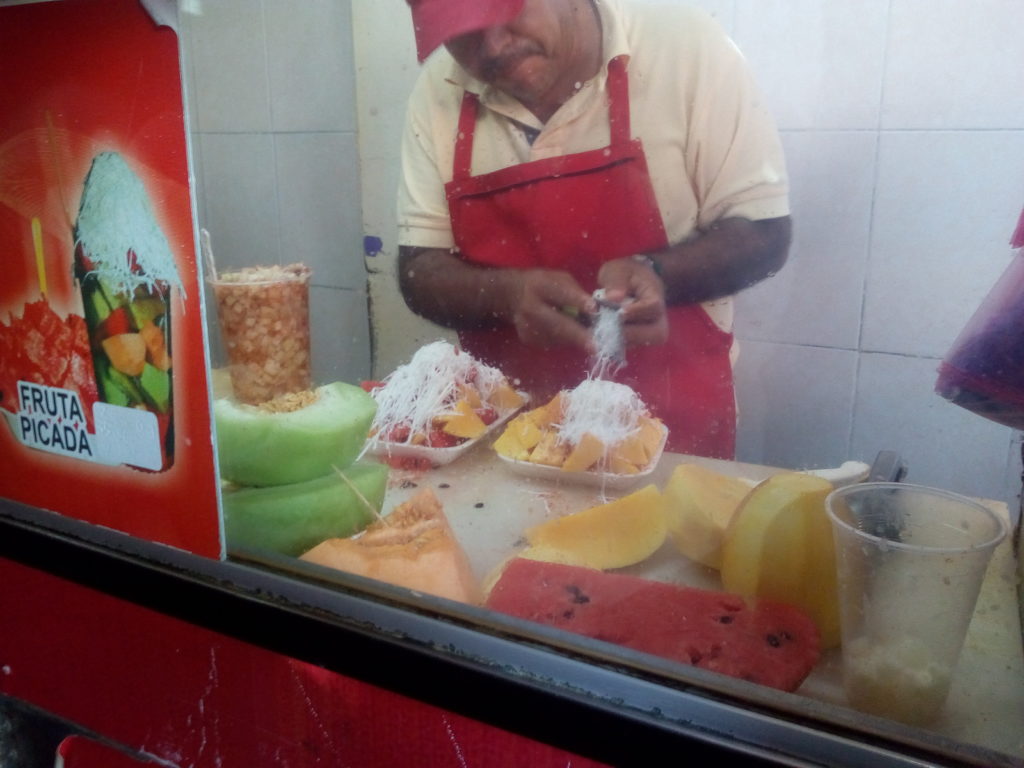 Walking in the city center is nice, the opportunity to see some monuments like the Teatro Manuel Doblado or the Expiatory Temple. 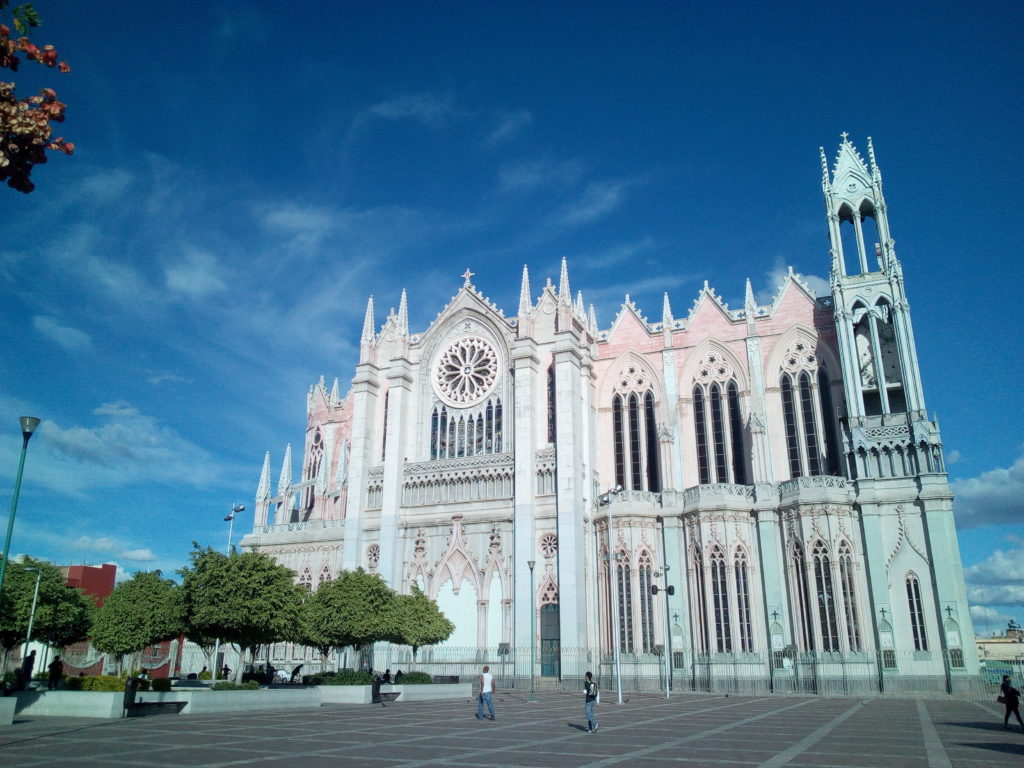 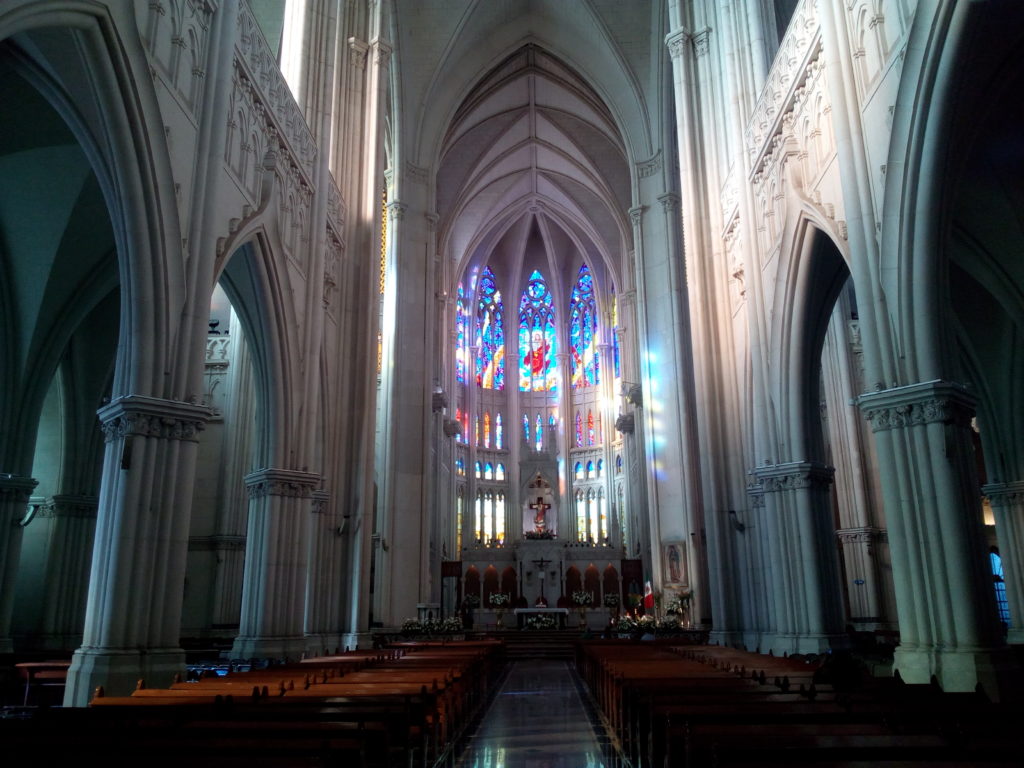 Located 1.5 hours by bus from Guanajuato, San Miguel de Allende is a city full of charm! There is a very pleasant atmosphere.

My visit began with the Fabrica La Aurora, formerly a textile factory converted today into 65 galleries and exhibition spaces!! The entrance is free; the most fervent amateurs will happily walk around for hours!

Paintings, sculptures, antiques, decoration, textiles, jewelry, there is something for all the tastes! 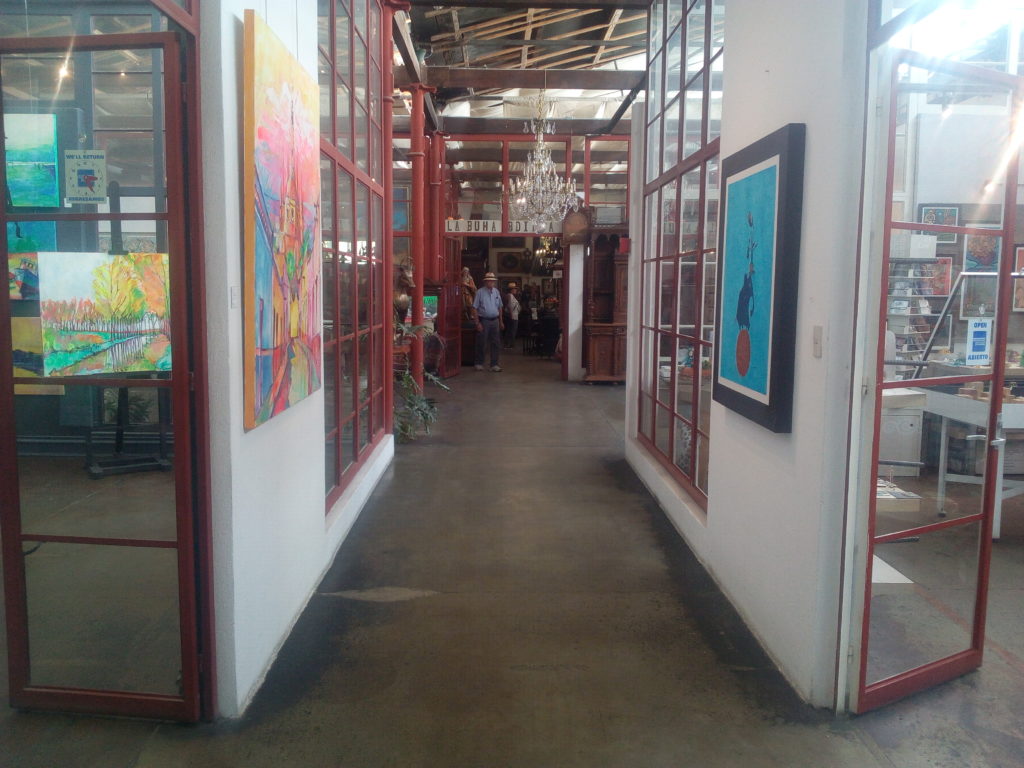 I then went down to Parque Benito Juárez and Paseo del Chorro, where the city was founded. From there, you can climb a series of stairs until reaching a viewpoint with a panoramic view of the city. 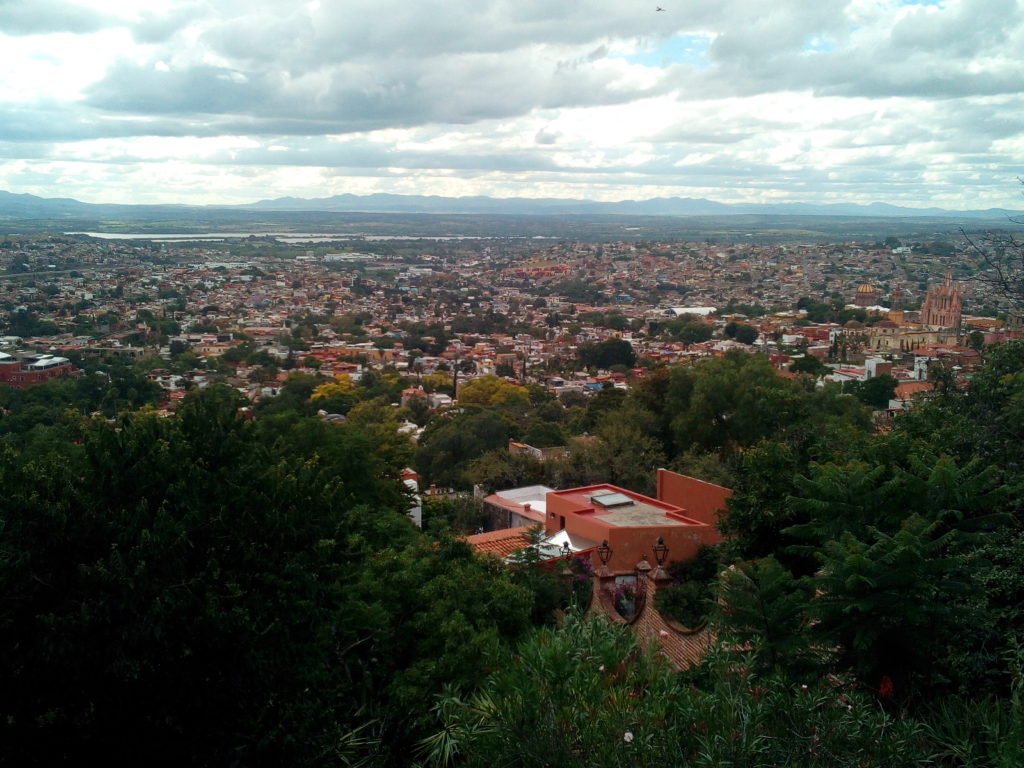 I really loved walking in the streets of San Miguel de Allende, sitting on a bench in the Jardín Principal, watching the life around, and enjoying the Parroquia San Miguel Arcángel.

My walk took me to the Casa de Allende Museum which traces the foundation of the city and the history of the independence of Mexico, but also the Cultural Center Ignacio Ramírez.

On the food side, I loved the restaurant Vía Orgánica, a restaurant that offers a variety of Mexican and world specialties, with fresh products, a delight! 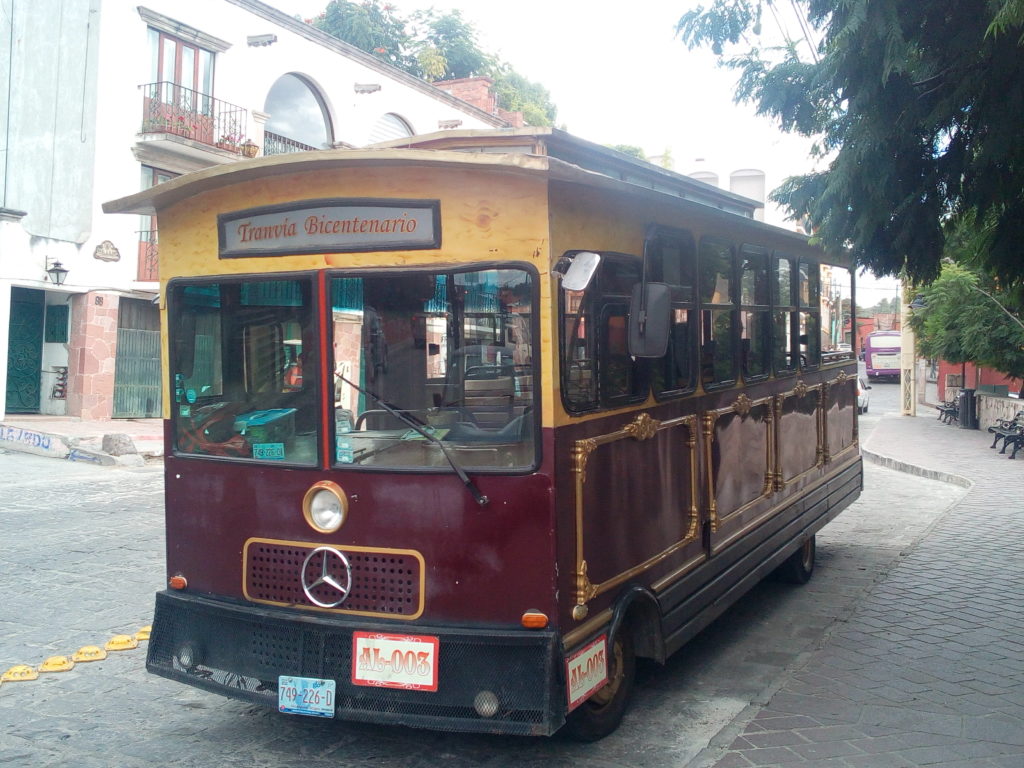