A plenty of mysteries surround Teotihuacan! This UNESCO World Heritage city is a must visit around Mexico City!

And it is better to book a whole day to visit it. Indeed, depending on the season (especially in the spring), queues can be long, very long! This was not the case for me (October), the affluence was relatively light and we were able to enjoy the different monuments of the site without queues.

The enigmatic Teotihuacan is located about 50 kilometers north of Mexico City and is one of the largest archaeological sites in Mesoamerica. The city was built between the first and sixth century (between the year 1 and 550 approximately) and made everyone perplexed for many centuries. Historians ignore the origin of the Teotihuacans (they would be multiethnic), and it was several centuries after the city was abandoned that the Aztecs named the place Teotihuacan, which means in Náhuatl language “place inhabited by the gods” because they considered the city as a sacred place, that couldn’t be built by men.

All the dyes used during its construction are natural, that’s why we only find red, green, yellow and white.

Once inside, the first building that can be seen is the Quetzalcoátl Temple, located in the old citadel of the site that was the administrative part of the city.

Just like the other monuments, it is mainly reconstructed but it is when going down some steps in the back side that one finds very detailed and well preserved beautiful sculptures on the facade of the temple.

We then started walking along the Avenue of the Dead, towards the pyramid of the sun, stopping to appreciate the administrative and residential sites, and ceremonial platforms that we discovered on our way.

With its 75 meters high, the pyramid of the sun is impressive! And you better be in a good shape to climb all its steps and have a magnificent panorama of the city! Here, we lingered on the upper platform, we impregnated the spirit of the city, and we couldn’t stop imagining the course of life at that time! 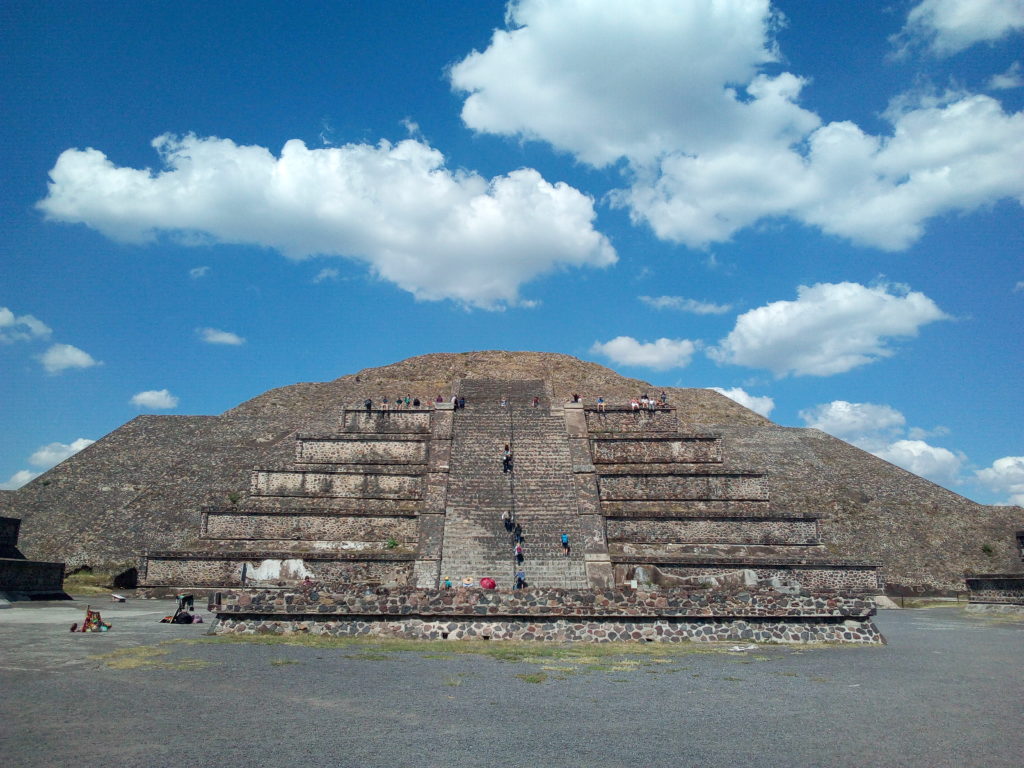 It offers a magnificent overview of the entire city. 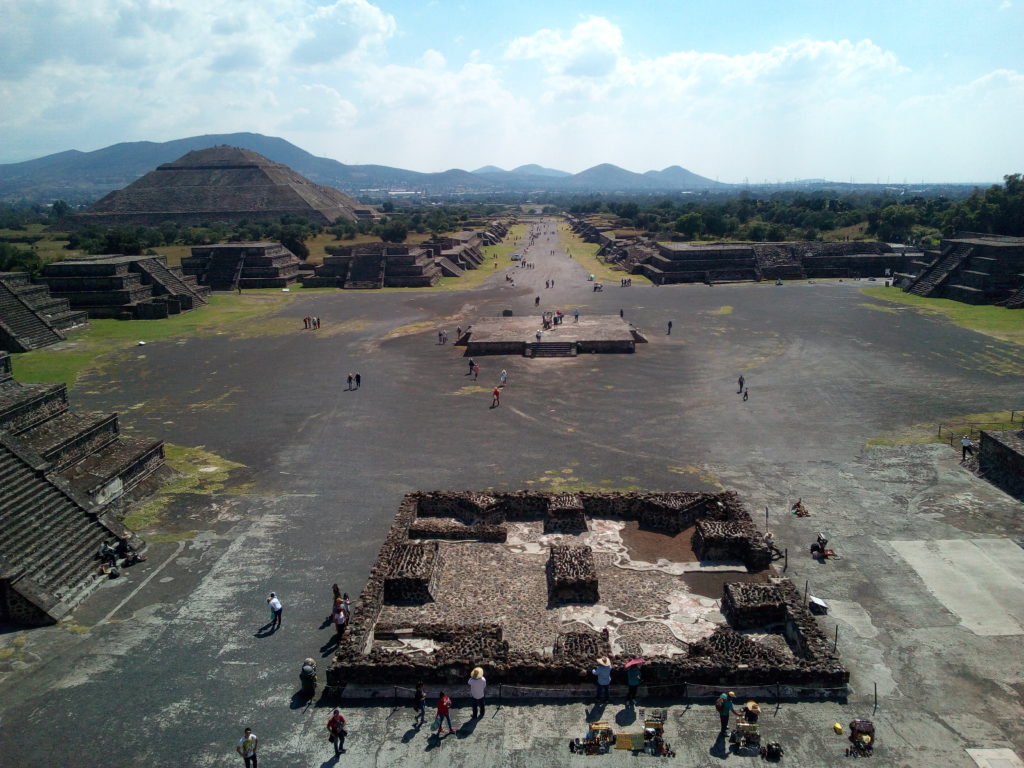 Finally, leaving via the door 3, we passed the palace Quetzalpapálotl which is in fact a reconstruction made in the late 60s of the palace probably inhabited by high social class, having kept its original paintings in place! 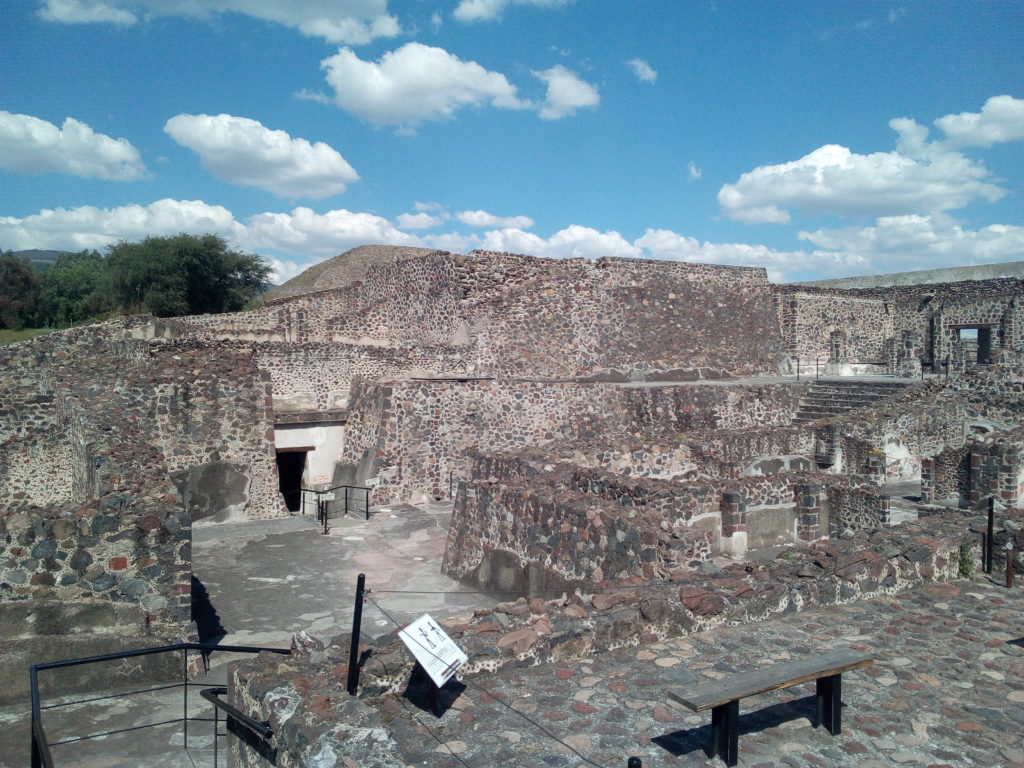 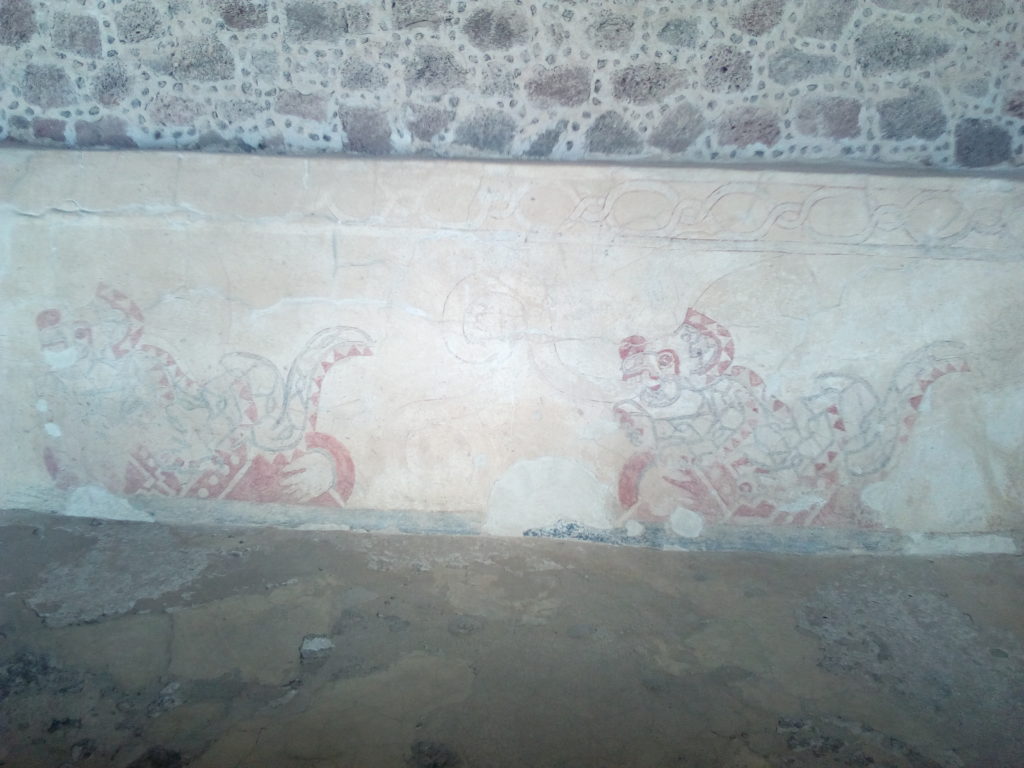 To see what the city of Teotihuacan looked like during its era, take a look at this 3D reconstruction, absolutely magnificent!

How to visit Teotihuacan?

Transport: To get there, you must first reach the Terminal Norte (subway station “Autobuses del Norte”) then take a bus that drops right in front of the gate 1 of the site. The cost is 104 pesos for the round trip.

The return to Mexico City can be done from any door, better do it from door 3 at the end of the visit.

Cost of entry of the site: 70 pesos per person.

Guide: There’s nothing better than a guided tour of the archaeological sites to dive into their history! In Teotihuacan, the guides offer varied offers (entire course or 1/2 of the course with a description the remaining  part once arrived in front of the pyramid of the sun.

And inevitably, the guides at the ticket office ask for higher sums. Better pass this first wave of guides, and take one at the entrance of the city. Our guide offered us a full tour for 900 pesos or 550 pesos for about 1:45 to the pyramid of the sun, and there she gave us a detailed description of everything that can be appreciated later. 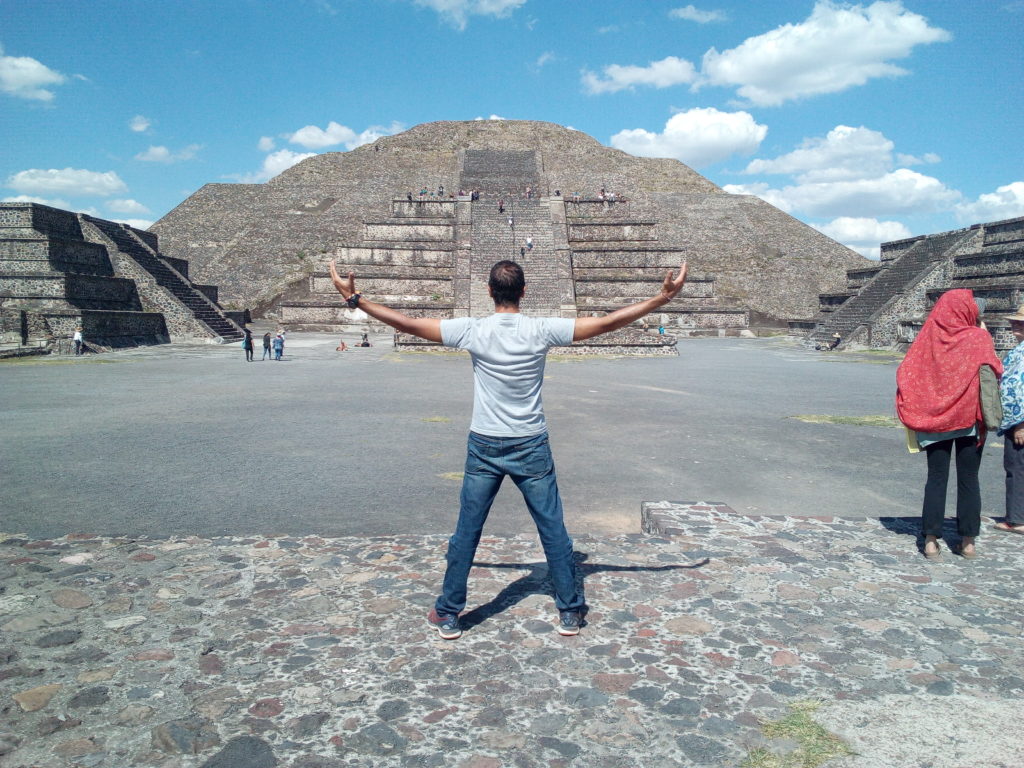